New Zealand Law also includes specific requirements for labelling of over-the-counter OTC tooth whitening products such as you would find in a Chemist, Supermarket, Beauty Salon, Spa, Gym, and the like, OR Sold in the Internet

LOOK FOR THIS TRUSTED LOGO 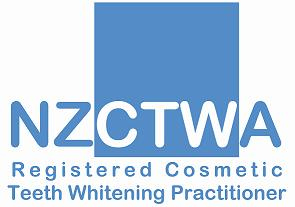